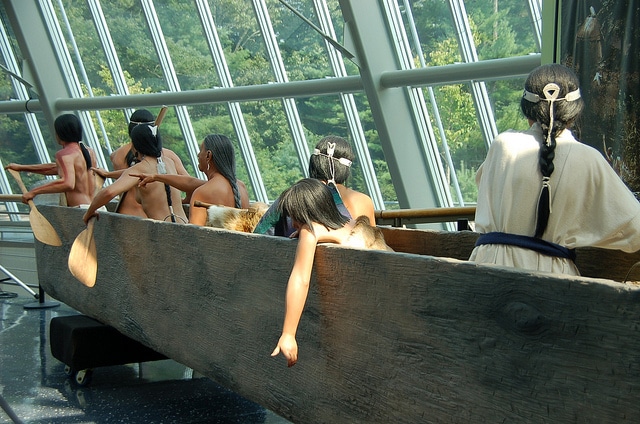 This beautiful Mashantucket Pequot Museum and Research Center celebrates the culture and history of the region’s Native peoples through award-winning interactive and multimedia exhibits. Devoted to educating visitors on the diversity and rich cultures of this Mashantucket Pequot Tribal Nation, their 308,000 square foot facility encourages education through interaction.

If you’ve already been interested in the history and culture of the Native American peoples, this is certainly one of the most highly reputed places to do in the country, with a whole scholarly community devote to developing ethnographic, archival, library and archaeological collections that will further preserve and educate the public on this unique aspect of our Country’s history.

Located in Mashantucket, Connecticut on the Mashantucket Pequot Reservation, the Research Center is funded largely through the prosperity of the tribe’s successful Foxwoods Resort Casino which is located close by. The museum is open Wednesday through Saturday from 9 am to 5 pm and closes Thanksgiving day for the winter months. Adult ticket prices are $20 and go down from there based on age and student status, making this an affordable educational day spent, and a great place to stop in if you are heading to the casino for some gambling or live entertainment.

Exhibits at the Mashantucket Pequot Museum and Research Center

There several exhibits to enjoy while visiting the Museum and Research Center explaining everything from the land’s natural history, to the various aspects and historic eras of the tribe’s existence. Here are a few of the things you can look forward to seeing:

The Mashantucket Pequot Tribal Museum and Research is well worth the visit to learn not only about the history of these people, but of the land they lived on.

For more ideas of place to visit while in the area, download this free Mystic Vacation Guide!